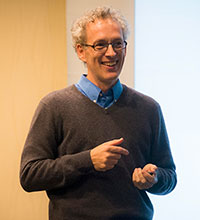 Title: The Rising Threat of Email Based Attacks, and How To Counter It

The sophistication of email-based threats has risen dramatically, and traditional methods are unable to keep up to speed. At the same time, an increasing portion of society is now exposed to the threat, with nation-state attacks providing criminal inspiration to enterprise attackers and also leading to trickle-down effects on consumer fraud. To make it worse, benchmarking efforts fail to recognize that targeted threats, while representing an almost negligible portion of the entire volume of the threat, correspond to an outsized portion of the losses. Using a taxonomy of email-based attacks, I will analyze common attacks; discuss trends; and review the benefits and shortcomings of traditional security technologies. I will then offer an alternative perspective of the problem, based on an understanding of the necessary constraints faced by an attacker wishing to be successful, and describe methods to reverse the negative trends.

Markus Jakobsson, Chief Scientist for Agari, has spent more than 20 years as a security researcher, scientist, and entrepreneur, studying phishing, crimeware and mobile security at leading organizations. In his role at Agari, he leads the company’s security research with a focus on using advanced data science to prevent email attacks.
Prior to Agari, Jakobsson spearheaded research in malware, authentication, fraud, user interfaces and technologies for Qualcomm. He also co-founded three digital startups – ZapFraud, RavenWhite and FatSkunk – spanning email fraud prevention, user authentication, mobile malware detection and secure user messaging. In addition, Jakobsson has held key roles as Principal Scientist at PayPal, Xerox PARC and RSA Security.
Jakobsson is an esteemed thought leader in the security space. He has written several books, published more than 100 peer-reviewed conference and journal articles, and holds more than 100 patents. Jakobsson is a visiting research fellow of the Anti-Phishing Working Group (APWG). He holds a Ph.D. in computer science from the University of California, San Diego and master’s degrees from both the University of California, San Diego and Lund University in Sweden. 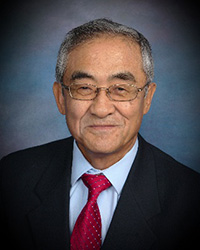 There has been an exponential growth of Internet of Things (IoTs) that are being developed and deployed for diverse applications and environments. By year 2020, more than 50 billion devices are predicted to be connected (via the Internet). The key challenges of such a rapid growth of IoTs are heterogeneity of HW, SW and users; low-power communications and computation; and privacy and security.
This talk will first cover generic aspects, applications and communications of IoTs and then elaborate on security and privacy challenges associated with IoTs. Last, I will briefly discuss our solutions to part of these challenges: BLE-Guard for securing BLE communications, Vauth for securing users’ voice interactions with IoT devices, and PriQA for automating a privacy questions—answers system with chatbot.

KANG G. SHIN is the Kevin & Nancy O'Connor Professor of Computer Science in the Department of Electrical Engineering and Computer Science, The University of Michigan, Ann Arbor. His current research focuses on QoS-sensitive computing and networking as well as on embedded real-time and cyber-physical systems.
He has supervised the completion of 80 PhDs, and authored/coauthored more than 900 technical articles, a textbook and more than 30 patents or invention disclosures, and received numerous best paper awards, including the Best Paper Awards from the 2011 ACM International Conference on Mobile Computing and Networking (MobiCom’11), the 2011 IEEE International Conference on Autonomic Computing, the 2010 and 2000 USENIX Annual Technical Conferences, as well as the 2003 IEEE Communications Society William R. Bennett Prize Paper Award and the 1987 Outstanding IEEE Transactions of Automatic Control Paper Award. He has also received several institutional awards, including the Research Excellence Award in 1989, Outstanding Achievement Award in 1999, Distinguished Faculty Achievement Award in 2001, and Stephen Attwood Award in 2004 from The University of Michigan (the highest honor bestowed to Michigan Engineering faculty); a Distinguished Alumni Award of the College of Engineering, Seoul National University in 2002; 2003 IEEE RTC Technical Achievement Award; and 2006 Ho-Am Prize in Engineering (the highest honor bestowed to Korean-origin engineers). He was a co-founder of a couple of startups and also licensed some of his technologies to industry.